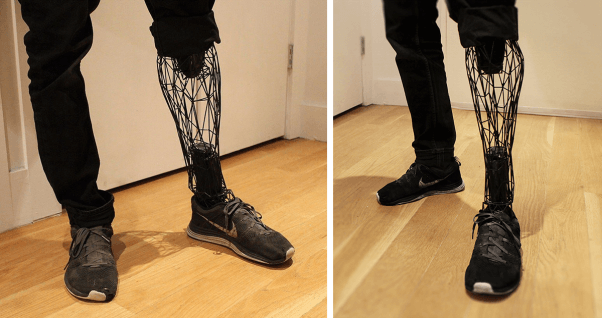 When 3D printing was first introduced, it was nothing but a novelty. An expensive toy that only a few could afford. The ones that people could afford were simply not that good enough, prone to malfunctions, the used materials were quite expensive, and so on. All in all, the impact on the traditional industries was almost non-existent.

However, the world isn’t the same, and that’s not just because of the current pandemic. 3D printing is already a huge industry worth hundreds of billions of dollars, and the effect it had on the world is mind-blowing.

Entire industries, the way we manufacture stuff, how we solve problems, how we think of solutions all that are heavily impacted by the possibilities introduced by 3D printing.

Here is a list of seven industries that have been heavily impacted by 3D printing.

Thanks to 3D printing, we can make highly detailed props at affordable rates. Furthermore, that means fewer special effects are needed which also reduces the cost of production. As a result, more and more studios are investing in 3D printers. Experts believe that the impact of 3D printing will be even stronger in the years that come.

3D printing is already pushing the boundaries of what is possible to be built, the speed of building, and at what price. Nowadays, there are 3D printers that can make houses in less than a day that are evenly durable and strong as standard houses, and are made at a fraction of the cost of a house built using the standard technologies.

Then there are 3D printers that have demonstrated that they can build bridges.

If we are to believe experts, then this is just the beginning for 3D printing in the construction industry as there are endless opportunities on the horizon.

Furniture, decor elements, vases, these are just some of the things that are already being made with 3D printers. Many interior designers are already heavily reliant on 3D printers.

There are many 3D printers that can print out all sorts of meals. You just need do add the ingredients and they get to do the rest. There are even entire restaurants that serve only 3D printed food.

Big-time players such as Adidas and Nike are already on-board with 3D printing. They use 3D printing for both prototyping and direct manufacturing. They see great potential for mass customization and have big expectations in that regard.

Entire cars have been 3D printed and that’s a big deal that has already caught the attention of big industry giants like Ford, Toyota, and Tesla. Furthermore, all car manufacturers use 3D printing as part of their manufacturing processes, especially for spare parts.

Less Known Uses Of Oxidized Polyethylene Wax That You Should Know...

The Most Common Types Of Sculpting Materials

What Are Corrugated Spiral Pipes?

How to Make Your New Product Successful through Industrial Design

How to Choose the Best Cable for Your Connectivity and Power...

Facts about vaping and CBD oils

How to Make Your New Product Successful through Industrial Design