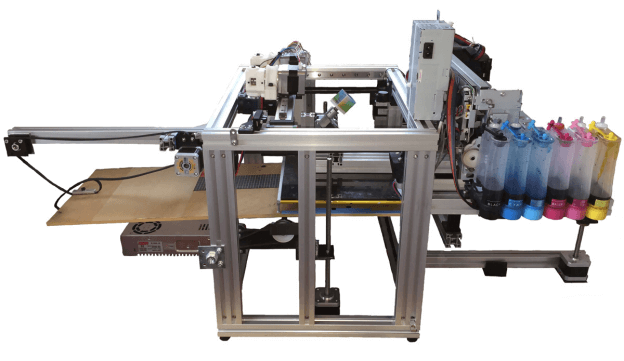 3D Printing is a mode of manufacturing where three-dimensional objects are produced by incrementally adding material until the desired object is complete. The process is the exact opposite of subtractive manufacturing techniques (like milling or carving), where portions are taken out of the raw material until the object is developed. Under 3D printing, there is FMD 3D printing. FDM (Fused Deposition Modelling) is the most commonly used mode of 3D printing. Established in the early 1980s, an FDM 3D Printer heats a thermoplastic filament to its melting point and extracting the filament layer after another until a three-dimensional object is developed.

The first step to using an FDM 3D printer is uploading a digital design to the printer. The polymers are then fed through a nozzle from a coil. But note, there are different types of polymers, such as ABS and PEEK, that take the form of plastic threads. Filaments are then melted onto the build platform. The build platform is the table on the printer with a base and nozzle controlled by a computer. The purpose of the computer is to translate the object design and its dimensions into co-ordinates. The coordinates are then fed into the machine for the nozzle and base to follow during the printing process.

Once the coordinates have been established, the nozzle moves across the base following the coordinates. In the process, the plastic cools forming a solid substance that is bound with the former layer after layer. While this happens, the head of the printer keeps going up to allow for the next plastic layer to be laid. The printing process usually is fast. However, the size and design complexity of the object determine how quickly the task will be concluded.

There are three main four of FDM 3D printers in the market.

What sets FDM 3D printing apart from other modes of printing is its cost-efficiency, ease of use, availability of a wide range of printing materials, and accuracy. It is, therefore, more accessible.

Why Conveyor Belts Are Important

5 Reasons Why You Should Invest In an Induction Furnace

Why should you use flexography?

5 Things You Should Consider When Choosing a Power Supply Unit

Top reasons why you should use a molarity calculator

A Guide To Help You Outsource For Electronics Manufacturing