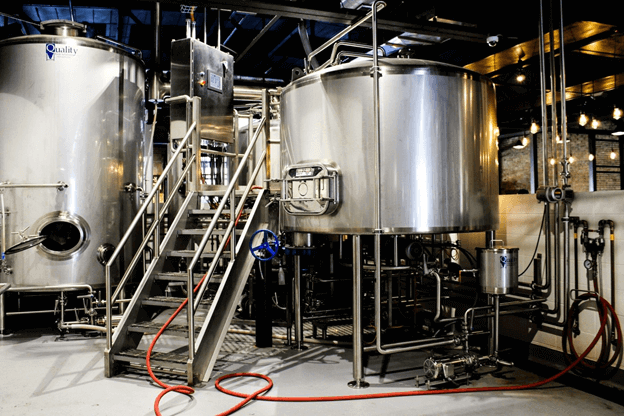 For more than seven thousand years, beer making has been a big part of human life. At the time, the only equipment used in the process was a loincloth. However, the methods of making beer have changed over the years. The changes are mostly angled towards promoting better hygiene. Also, traditionally, beer was made at home for guests and on special occasions like weddings. However, currently, beer making has evolved into a global industry, and moves have been made towards mass production of beer. Deruna brewery equipment and other companies like such manufacture equipment that aid in the production of beer on a commercial level. These tools are a crucial aspect in the establishment of a brewery. In this post, we discuss the essentials of a brewery.

Essentials of a brewery

Starting a commercial brewery is costly. The cost is influenced by several factors, including the type and quality of equipment. The equipment used also varies from one factory to another depending on the volume of beer produced in the facility, and the state of the machine (whether new or second hand). The size of the machines also influences the cost. Some of the machines used in the brewery;

Filters- a filter is used to separate the grains from other intruding components like chaff.

Mash tun- this is a vessel that is used to mash the grains in a process called mashing, The mash tun consists of hot water in which the grain, also known as the malt. The role of the vessel is to release the sugar that is contained in the grains.

Lauter tun- this is a vessel in which the malt is rinsed in hot water in an attempt to extract the remaining sugar after the mash tun in a process known as lautering. Some brewers use one vessel for lautering as well as mashing. In the lauter tun, a liquid known as the wort is collected from the lauter tun.

Boiler- a boiler is used to boil the wort collected from the lauter tun. The role of the boiler is to kill micro-organisms that are present in the liquid. It is in the boiler also that hops and other spices are added to the wort.

Cooler- some equipment features a boiler and a cooler in the same device. However, the boiled wort is moved to the cooler from the boiler. Cooling is necessary as it keeps the heat from killing the yeast that helps in fermentation.

Bottlers- bottling machines are used in commercial breweries to bottle large numbers of bottles in a short amount of time.

There are several brands of machines used in the brewery. The devices vary in cost, functionality, and brand. When choosing the best machines, you have to consider the ease of use, the modes of operation, quality, and productivity of the equipment. The quality of the apparatus is also a crucial factor of consideration as it affects the quality and usefulness of the device. When choosing the material, it is also essential to put in mind the number of products you intend to make.

Six tips on how you can avoid power supply unit hazards

5 Things You Should Avoid Doing When Using Moving Head Lights

What are the essential of a brewery?

Roll Slitting in the Manufacturing Sector

How to Buy Better Packaging Equipment