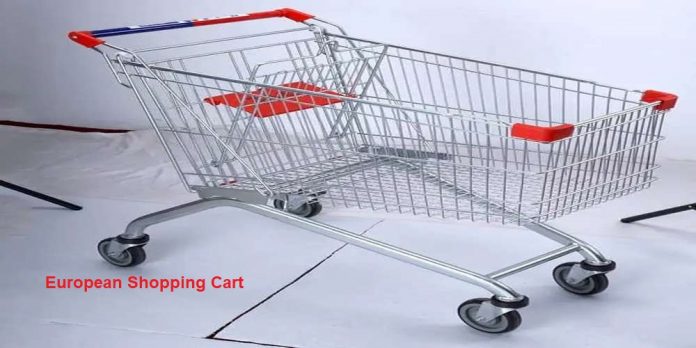 In 1937, Sylvan Goldman, the Humpty Dumpty grocery store owner, wanted to sell more food. One night, the owner found a folding chair, put a basket on it, and put wheels on its legs. This was the first shopping cart.

A mechanic named Fred Young and Goldman began tinkering. A metal frame held two wire baskets in the first cart they had. Goldman called his carts “folding basket carriers” because the folding chair inspired them. When Arthur Kosted came up with an assembly line capable of forming and welding wire, he was able to mass-produce the carts.

The Necessity of Metal Shopping Carts

These shopping carts have become increasingly necessary as time pass. People wanted a more convenient method of transporting their goods. There is no doubt that supermarket owners wanted to encourage their customers to spend more money in a single visit. The metal shopping cart was born out of wooden folding chairs.

Metal shopping trolleys haven’t changed much since retailers accepted them. Metal carts can carry more weight and are more durable than their plastic counterparts. According to research, retailers who don’t provide their customers with shopping carts lose more money than those who do.

Because of their simple design, shopping carts made out of metal are in high demand. Also, it takes up less room. Shopping carts in many stores are secured with a chain or lock mechanism. As a token of gratitude, the customer is given back the coin they paid for using their trolley when they return it.

This is an excellent way for market owners to reduce the burden on their workers. A runaway trolley can also be avoided using this method. Trolley theft can be deterred using this technique.

The price of the metal shopping carts ranges from $75 to $100. It’ll be a big problem for market owners if a trolley is missing or stolen at the close of business. Store owners employ many other strategies to prevent the loss of metal shopping carts. Magnetic mechanisms, trolley retrieval services, and electronic systems are all options.

Trolleys can also be used to transport a small child. Different sizes and shapes are available for these trolleys. To accommodate two children, there are special carts available. There have been reports of these trolleys injuring children. Because of this, there were shopping carts shaped like cars with a steering wheel so that children could rest while their parents went shopping.

A shopping cart’s name can vary from country to country, including “trolley,” “cart,” “basket,” and more. In addition to shopping, these carts are becoming increasingly popular with people outside of the market. When relocating, people typically use a moving truck to transport their belongings from one location to another. In the meantime, we don’t know what these metal carts will be used for in the years to come.

Types of Rebar Metals and Their Features

Is Teflon the best option for coating materials? – Here is...

Surface Finishing Machines to Purchase in 2020

How to Choose an Outdoor Led Display Screen

Different Industries That Use Forging Products